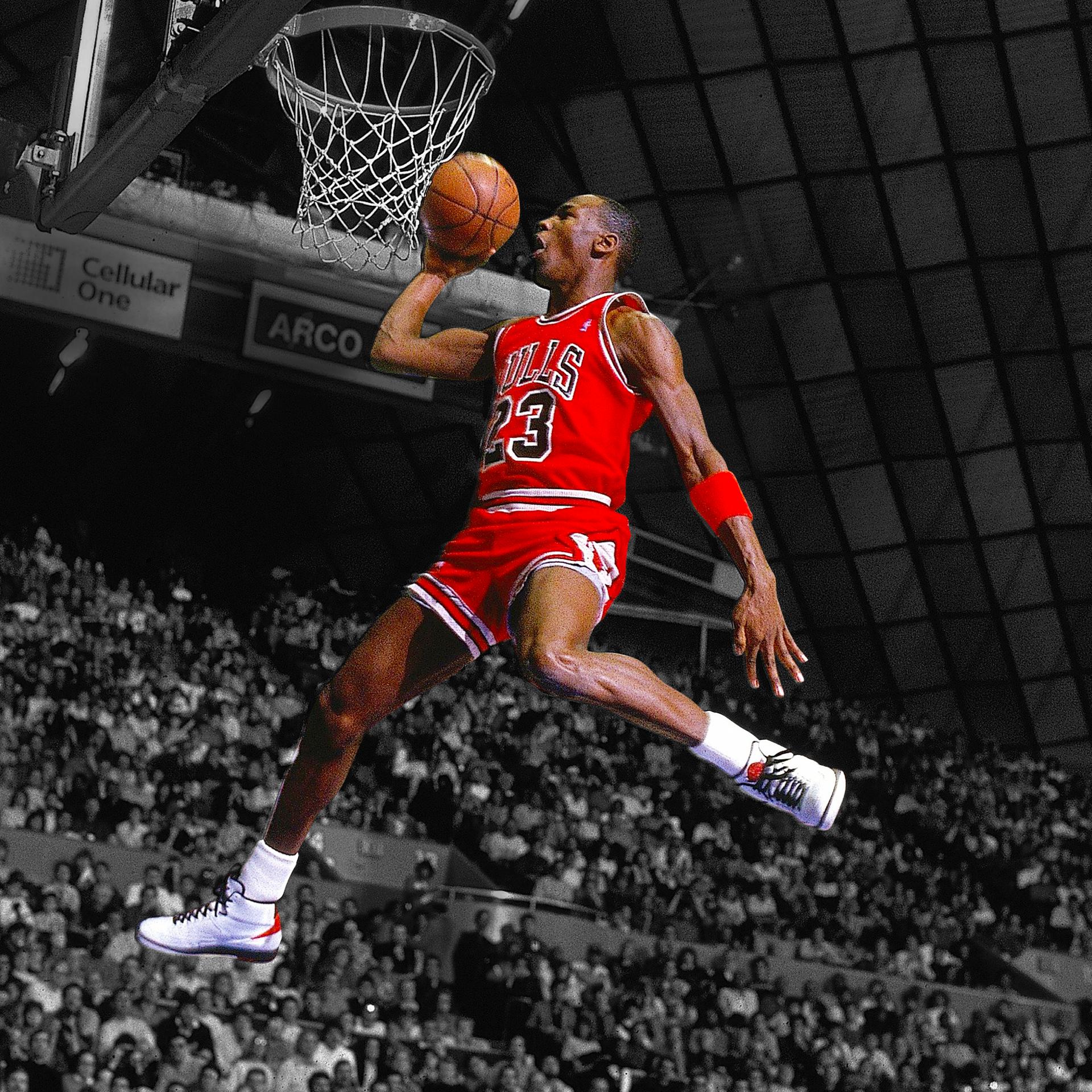 Michael Jordan hasn’t played in an NBA game in almost two decades, but the parlor game for fans and the media about who is the “greatest of all time” is thriving, fueled largely by LeBron James’ sustained brilliance. James passed Jordan in March on the career scoring list and has nine NBA Finals trips. Kobe Bryant ranks ahead of both players for scoring and had five NBA titles before retiring. Houston GM Daryl Morey argued this month that James Harden is a better scorer than Jordan.

But when it comes to sneakers, nobody comes close.

Wholesale revenue at Nike’s Jordan Brand subsidiary hit $3.14 billion in the fiscal year ending May 2019, up 10% from 2018. MJ’s annual take is an estimated $130 million, four times more than that of James, the No. 2 earner, with $32 million. Arguably, 16 years after he last laced up his own high tops on the court, more Jordan-branded shoes and apparel are being sold than the signature lines of every other current NBA player. Combined.

“Jordan is being extended as more of a lifestyle brand,” says Cowen & Co. analyst John Kernan. “There is enormous potential. It can be much bigger than a $3 billion brand.” Kernan cites Jordan strengths in its ability to create new colorways, relaunch products and manage the supply and demand equation to keep prices high. The brand has moved beyond just basketball through partnerships with French soccer club Paris Saint-Germain and college football blue blood Michigan.

The line got another marketing chip last month when Nike signed a deal with Zion Williamson, who was the top overall pick in the 2019 NBA Draft. After one year at Duke, Williamson enters the league as probably its most marketable rookie since James in 2003, and he will be suiting up in Jordans. His highlight-reel dunks fit perfectly into Nike’s marketing strategy and how NBA content is consumed on social media around the globe.

It’s Gotta Be the Shoes

Sneaker deals are the biggest endorsement for most NBA players and typically represent the bulk of their off-court earnings.

“If Zion lives up to the hype, he is going to be a constant source of content creation for Nike,” says Kernan. “Athletes are very monetizable right now with social media, and Nike will participate in all of that content every time he does something memorable.”

Zion didn’t come cheap for Nike after his Nike PG 2.5 shoe split open on national TV in February and left egg on the face of the $39 billion-in-revenue sports giant. His multi-year deal is worth an estimated $13 million annually, including reachable incentives, and ranks fifth among current NBA players. A line of his own is all but certain in the near future.

It’s a lucrative career path. A shoe deal is almost always the richest endorsement deal for an NBA player, typically making up more than half of their off-court income. Michael Jordan’s massive haul in Nike royalties make up 90% of his current annual income and now totals $40 million more than the $90 million combined he made during his 15 years playing for the Chicago Bulls and Washington Wizards.

Basketball and soccer are the only true global team sports, which is why brands like Nike, Adidas and Under Armour are willing to pay such massive sums to the stars in each sport. The players can be used in marketing campaigns around the world.

China has 300 million people who play basketball, according to the NBA, and it is a critical market for the sneaker brands. James, Stephen Curry and other stars make pilgrimages to China almost every summer for appearances and pep rallies in cities throughout the country. The trips are the price of admission to getting a $10 million-plus yearly sneaker deal. China is a $7 billion market for Nike and represented 40% of the company’s sales growth last year.

There are 14 current or former NBA stars who earn at least $9 million from shoe deals by Forbes’ count based on conversations with basketball insiders. They range from Jordan ($130 million) to Klay Thompson ($9 million). NBA sneaker deals are layered with potential bonuses for sales, individual awards and team performance. Our yearly contract estimates are based on players being All-Stars and playoff participants and earning royalties on signature shoes with strong sales. Bonuses for MVP awards and NBA titles will goose the totals even higher.

Nike, including Jordan, has 9 of the 14 players under contract, which helped it nab 86% of the U.S. basketball performance market in 2019, according to NPD analyst Matt Powell. Under Armour (6.9%) and Adidas (5.5%) battle for Nike’s leftovers. Adidas has three big-money NBA deals, while Under Armour, Anta and Li-Ning all have one player making at least $9 million.

As Nike and Adidas put more emphasis on lifestyle apparel and shoes, NBA players are natural endorsement partners with the league’s significant influence on fashion and pop culture. The players below are the ones who drive the conversation.

The Warriors’ sharpshooter left Nike to sign with Anta during the 2014-15 season and signed a 10-year extension in 2017 with the Chinese brand. Thompson’s annual summer visits to tour China have been a hit on social media and spawned the #ChinaKlay hashtag.

The Adidas Dame was the most popular non-Nike/Jordan signature shoe for NBA players last year. Adidas locked up Lillard to a 10-year deal in 2014 two years after Portland drafted the point guard. He’s made the first or second All-NBA team three of the last four years.

The 2019 NBA MVP got a huge bump in pay from Nike when he re-signed with the company at the end of 2017; his prior deal paid roughly $20,000 a year. The first signature shoe for the “Greek Freak” was unveiled in June.

The 2011 NBA MVP had a bounce-back year with Minnesota after injuries hampered his career since he tore his ACL with the Chicago Bulls in 2012. But sales for his Adidas signature line remain tepid since the German sportswear brand re-signed Rose to a 13-year deal in 2012 (his previous deal paid $1 million annually). The D Rose 10, released in January, marked his tenth signature sneaker.

The signature shoes of the new Brooklyn Nets point guard have been one of the NBA’s best-sellers since they were introduced nearly five years ago. Nike released a collaboration this summer with Nickelodeon for a SpongeBob SquarePants x Kyrie collection. Irving is a huge fan of the cartoon, and the colorways are inspired by its characters.

The eight-time All-Star extended his deal with the Jordan Brand in 2017 for another ten years. Westbrook received his first signature shoe, the Why Not Zer0, last year. Westbrook was swapped for fellow Jordan endorser Chris Paul this summer in a blockbuster trade of point guards.

Wade joined Chinese brand Li-Ning in 2012 after wearing Converse and Jordan to start his career. The three-time NBA champion signed a lifetime deal for his Way of Wade signature line with Li-Ning last year ahead of his final NBA season.

Williamson is already one of the most popular players on Instagram before his first NBA dunk. He has 4.1 million followers on the social media platform. Nike nabbed the 2019 Naismith Trophy winner as college basketball’s most outstanding player after a fierce bidding war with Adidas and Puma.

Harden’s extension with Adidas in 2015 covers 13 years and is worth up to $200 million, including royalties and bonuses. He gave a preview of his next signature shoe this week when he was spotted during a workout wearing the Harden Vol. 4.

Mamba Day was last weekend and is celebrated annually on August 24, the date that combines Bryant’s two jersey numbers, 8 and 24. Nike continued the trend this summer three years after his retirement with a series of limited-edition sneaker releases. Bryant remains wildly popular in China, where his shoes are a hot commodity.

Under Armour used Curry as its main entree into the basketball business when it signed him in 2013. It was good timing for Kevin Plank’s company. Curry hadn’t been an All-Star at the time but has since won a pair of NBA MVP awards and three NBA titles. Curry pushed Under Armour to release his signature shoe in girls sizes after a young fan wrote a Curry a letter last year requesting the move. Curry delivered 9-year-old Riley Morrison the first Curry 6 in her size in March.

James signed a lifetime deal with Nike at the end of 2015 that his business partner Maverick Carter told GQ is worth more than $1 billion. James will have to continue to move product long into retirement to reach $1 billion under the pact. His first Nike deal was worth $90 million over seven years.

Jordan’s Nike paycheck has come a long way since the Swoosh signed him in 1984 out of UNC to a five-year deal worth $500,000 annually. The Air Jordan XXXIII released last fall was the first Jordan to forgo laces and use a cable-activated tightening system.