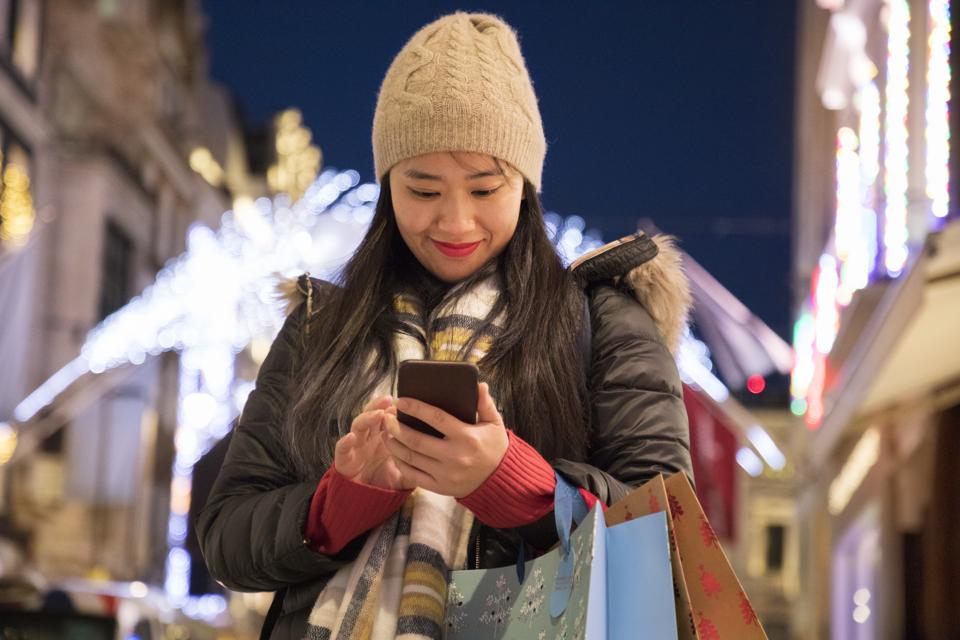 As of last Friday the “holiday shopping season” has officially started, while “Cyber Monday” is now one of the biggest online shopping days of the year. The term was coined by Ellen Davis of the National Retail Federation, and first used in 2005 in a Shop.org press release highlighting the importance of the Monday after the Thanksgiving holiday.

A Shop.org/Bizrate Research 2005 eHoliday Mood Study found that 77% of online retailers experienced a substantial boost in sales on the Monday after Thanksgiving. Perhaps those who hit the brick and mortar stores over the weekend, and returned to work on Monday, opted to do their follow up shopping on that Monday.

What is notable about Cyber Monday is that it allows smaller online retailers to compete with larger chains, and increasingly social media is playing a significant role not just the one day but throughout the whole of the holiday season.

According to a study from Afterpay younger shoppers relies heavily on their mobile devices and social media while shopping. The study noted that 92% of Millennials and 97% of Gen Zers now use social media as a top source when making a purchase. Both groups rely more on how products are trending on social media or marketed through various platforms than on input from friends or family – with 80% of Millennials and 78% of Gen Zers saying they’d listen to advice from those close to them.

A Customized Approach Is Key In Wealth Management Today

Social media is certainly driving sales, but is coming at a cost – not for consumers, but for the retailers. According to research from Advanced Supply Chain Group, 34% of shoppers will make more impulse buys as social makes it easier to buy products directly via in-platform selling tools.

However, one in five of those online shoppers are likely to return more items, and according to the survey results 63% of impulse shoppers will end up sending more purchases back to the retailers. Advanced Supply Chain Group warned that if retailers are offering a purchase option via social media, it should be expect a higher rate of returns as well.

Despite the fact that this could mean more returns, embracing social media – and allowing direct purchases via various platforms – is only likely to increase.

“Social media and desire are the inputs that create today’s most dynamic marketing channel for brands and retailers,” said Josh Crandall, principal analyst at Netpop Research.

“Social media sites are the modern looking glass through which people see and want to be seen,” added Crandall. “The sleek pictures that marketers post of cool kids in their latest styles compel those who scroll through their feed to stop and take note, copy and extend further.”

There are other benefits as well to promoting products and brands via social media, including the fact that users in turn share their purchases and become unpaid brand ambassadors.

“The constant feedback between brands and consumers accelerates the relationship that consumers look to embody with the brands they appreciate,” noted Crandall. “When celebrities or casual consumer ‘super-fans’ add brand endorsements, the signal is only more powerful. It’s hard to imagine that brands that care about the 16 to 35 year old consumer segment can overlook the power that social media sites wield on the marketplace today.”