Bring on the bling! We received our first look at the newest Disney Parks Designer Ears Collection on Twitter thanks to Disney Style and these new ears make a STATEMENT (to say the least). Designed by THE BLONDS, a New York City-based fashion duo known for their glitzy aesthetic, these bold ears are sure to make any fashionista stand out in a crowd. 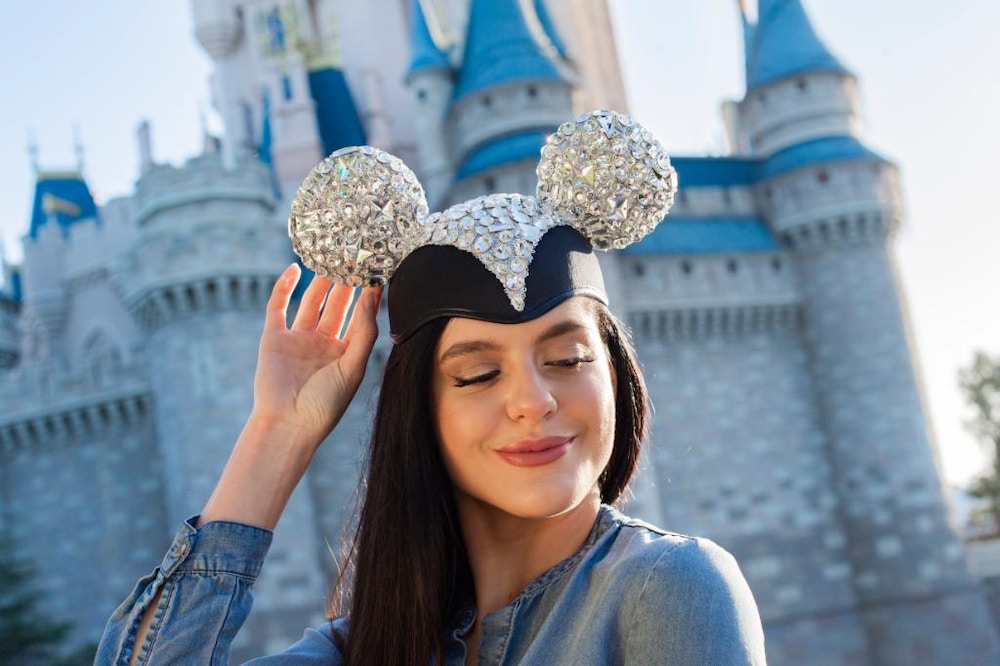 Unlike recent releases from the Disney Parks Designer Collection, such as the John Coulter and Coach ears, the latest design is a hat rather than a headband. The hat is made out of black felt and topped with a metallic silver material encrusted in various shapes of clear rhinestones. The embellished silver section dips into a deep “V” in the front, creating a dramatic effect. 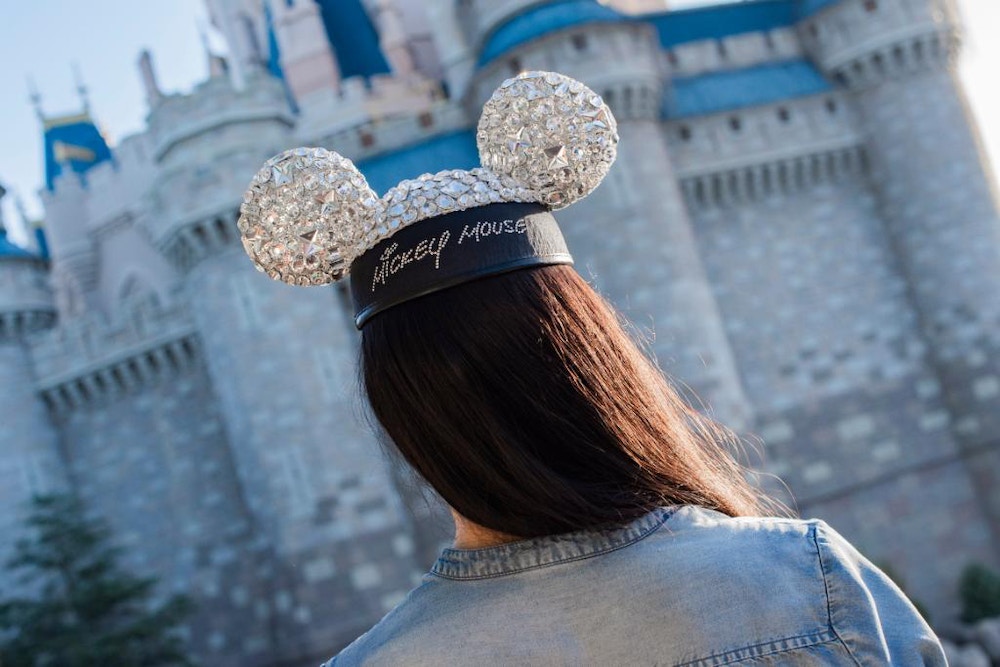 The back of the ears feature even more bling with Mickey Mouse’s signature written out in small silver studs. The pricing for these ears hasn’t been revealed yet.

If you’re ready to get your sparkle on, these new ears will be released February 7 in Disney Parks and on shopDisney. Keep checking WDWNT for an update once we see these bedazzled ears in person!