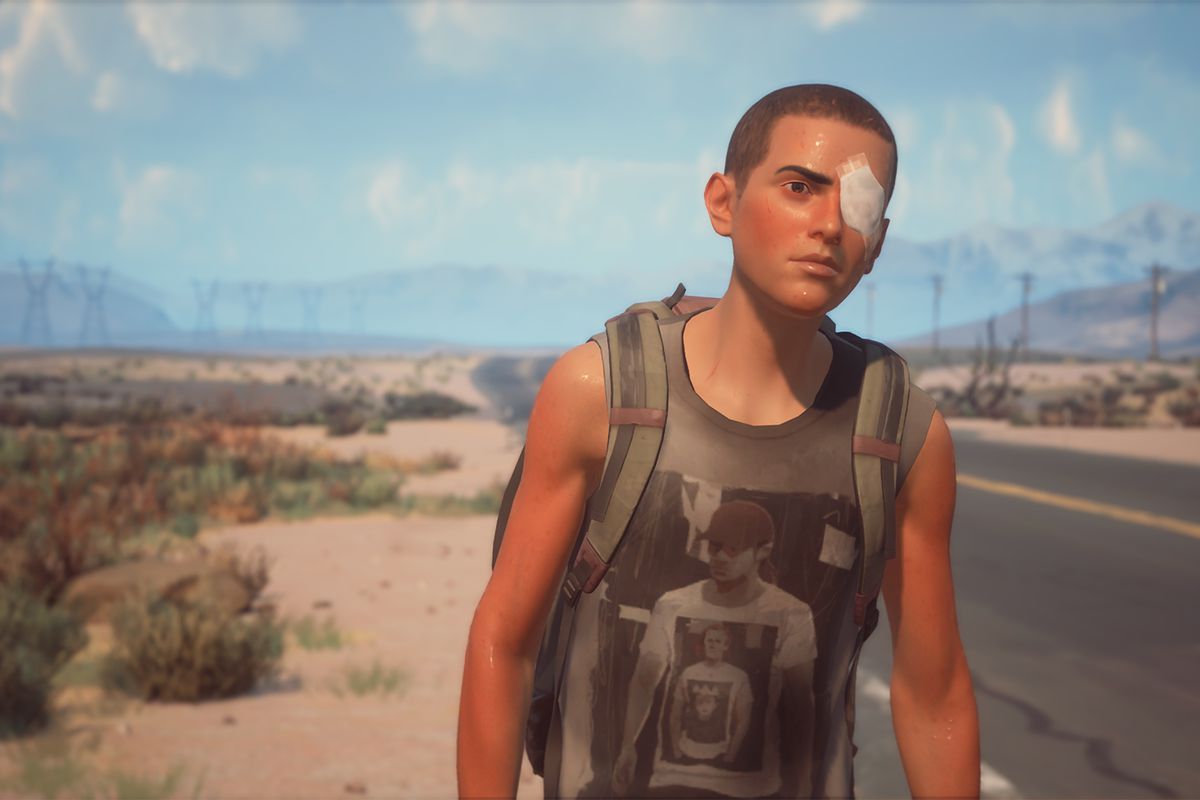 Toward the end of Life is Strange 2 — the episodic series that wrapped up its five-episode series last week — teenage lead Sean Diaz is jolted awake. After driving all night, he pulled over to the side of a quiet desert road for a doze. But it turns out, he inadvertently parked on private property owned by a racist who isn’t a fan of a mysterious Hispanic kid sleeping on his land. The result is an incredibly tense confrontation. Through Life is Strange’s choice-based gameplay, you have to navigate the situation, choosing between Sean’s safety and his dignity. There are no right moves; no matter what Sean does, bad things will happen, whether that’s actual physical conflict or being forced to insult himself in Spanish. When the excruciating conflict is over, Sean gets back into his car, drives away, and lets out a primal scream. I felt like doing the same.

Since its very first episode, Life is Strange 2 hasn’t been shy about tackling political themes. Instead, the game’s creators have fully embraced the responsibility, and over the course of the season, the game’s relevance has only grown stronger. During its five-episode run, Life is Strange 2 tackles a huge range of sensitive topics, from religion and depression to issues of race and sexuality in modern America. The result is a game that can feel downright uncomfortable at times, as you’re forced to navigate perilous situations — like Sean’s run-in with a racist — with few options at your disposal. But that’s also what makes the game so powerful. Life is Strange 2 explores the realities of modern life like few other games, in a way that feels both honest and compelling.

This review contains spoilers for Life is Strange 2.

Life is Strange 2 is essentially one prolonged, terrible road trip. At the outset, brothers Sean and Daniel are forced into a life on the road after their father is killed and they’re blamed for his death. With few options, the pair decides to head from Seattle down to their dad’s former hometown in Mexico. It’s a long trip. Complicating matters even further is the fact that younger brother Daniel has a newly discovered superpower, letting him manipulate objects telekinetically as if he were a Force-wielding Jedi. It’s a bad combination: being wanted criminals and visible minorities, all while dealing with secret superpowers. It leads to plenty of bad situations.

As a game, Life is Strange 2 plays out virtually identically to its predecessor, which is to say it’s a narrative-driven adventure game in the Telltale mold. Most of your time is spent walking around small environments, gathering information, and talking to folks. The challenge, if you can call it that, comes from the decision-based structure. Like a Choose Your Own Adventure novel, the choices you make alter how other characters see you and, in some respects, how the story ultimately plays out. These decisions can be small, like deciding to make coffee for your fellow campers, but often, they’re much more significant. That can mean deciding whether to accept the romantic advances of a friend or telling Daniel to use his powers to get the brothers out of trouble.

Life is Strange 2 provides plenty of opportunities for these tough scenarios. In order to simply survive, Sean and Daniel are forced into all kinds of predicaments. Without getting too far into spoiler territory, I’ll say that this includes: hiding out in an abandoned cottage with virtually no supplies, being harassed by a racist shop owner, working at an illegal pot farm, dealing with a cult-like religious group, learning about their estranged mother, and being confronted with a literal wall at the US / Mexico border. At one point, Sean even loses an eye. Along the way, he must stay focused on keeping his little brother safe while also guiding them to their ultimate goal across the border. Things go wrong no matter what, but you can do your best to mitigate the drama.

That’s not to say that Life is Strange 2 is all tough choices and heartbreak. Yes, there is death and disaster, but the game is also full of quiet, contemplative moments, just like its predecessor. Sometimes you can just sit and enjoy the view. Often, you’ll have the option to make Sean, a budding artist, sketch his surroundings. There are nights around a campfire drinking with friends and lots of playing around with Daniel, including a particularly memorable game of hide-and-seek near the end of the story. The game has an excellent sense of balance, with enough diversions to keep the drama from becoming overwhelming. It’s powerful without being exhausting.

Life is Strange 2 was put in a tough place from the very beginning. It’s the follow-up to a game that was beloved in large part because of its lead characters, Max and Chloe, and yet it told a brand-new story with brand-new leads. (That said, there are some interesting connections to the original Life is Strange as well as last year’s standalone prequel.) It also struggled with long gaps in between the launch of new episodes, which made it hard to maintain interest over the course of the season. And it tackles real-world issues in a way that stands directly opposed to the idea that video games are best served as escapism.

Yes, it’s a story about a superpowered kid, but the fantastical parts of Life is Strange 2 are just window dressing. What makes the game so good is the way it puts you into situations that will make you wince or squirm, situations you might be fortunate enough to avoid in real life — and then it forces you to discover the choice you’d make in that role.