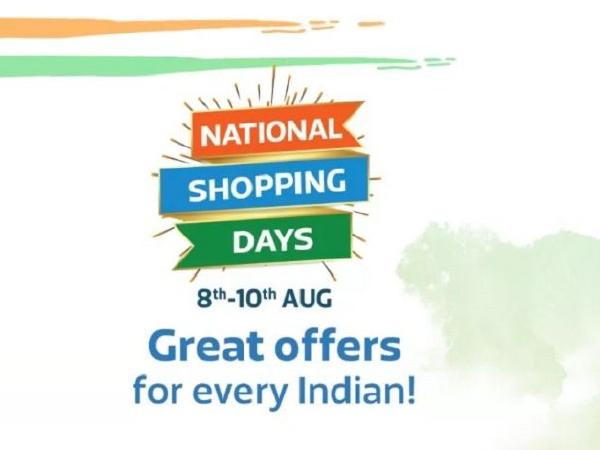 While the Flipkart sale is still a few days away, the e-commerce player has started to kick up interest by previewing some of the offers. Thee offers are being previewed between August 4 and August 6. The company has announced that during the sale, it will team up with ICICI Bank to offer 10 percent instant discount to debit and credit card users during the sale.

To make the sale more appealing to buyers, Flipkart will also run special promotions, including “The Freedom Countdown” that will see “extra 20 per cent off” on sale prices between particular time slots. Flipkart has also announced an extra 10 per cent off on the sale price with a new deal every 8 hours.

In terms of the scope of the sale, the National Shopping Days sale will bring discounts on mobile phones, tablets, laptops, TVs, speakers, and other gadgets and home appliances. Flipkart is claiming that during the sale, popular phones including the Redmi Note 7 Pro will be available at lowest-ever prices with the device starting sale at Rs 13,999, while the Redmi’s Note 7S will be made available at a starting price of Rs 9,999.

Other devices including the Honor 20i and Realme 3 Pro will also be available at hefty discounts. Older, but still popular phones like the Xiaomi Mi A2, Oppo K1 and Asus Max Pro M1 will also be extended on discounted rates.

Apart from this, Flipkart’s latest sale will also see TVs and appliance being offered with up to 75 per cent discounts.