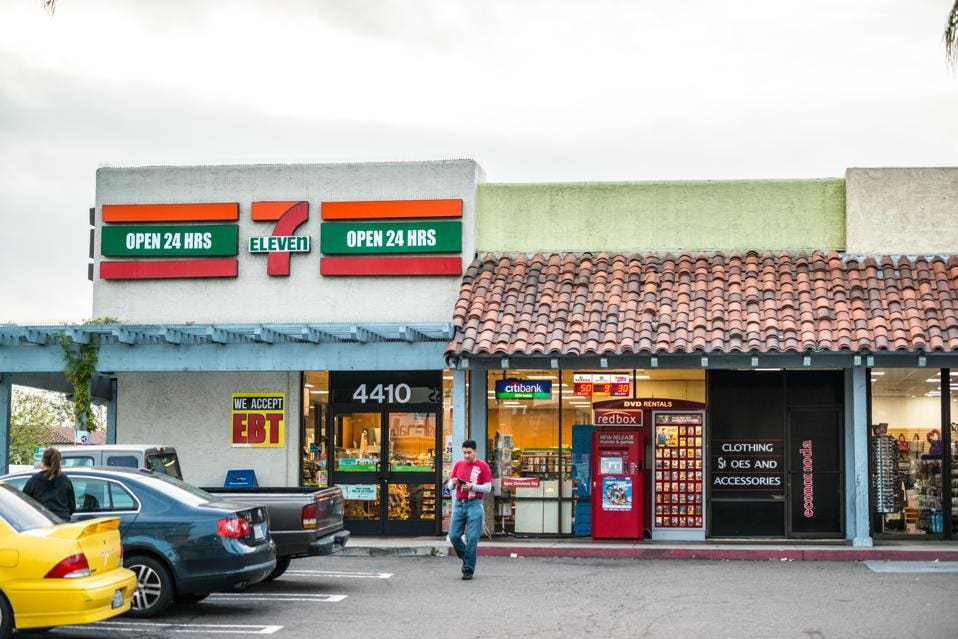 If there is any indication as to just how blurred the lines are becoming in the foodservice space, consider the increasing threat to restaurants from gas station convenience stores.

Players in this category have spent the past few years evolving their food offerings beyond the stereotypical, hours-old hot dogs on a roller grill and the effort is likely eating into quick-service restaurants’ market share. According to a new study from the National Association of Convenience Stores, foodservice sales now make up 23% of sales at convenience stores in the U.S.—a 3% increase throughout the past five years.

Further, a new report from smartphone app GasBuddy shows that 56% of Americans purchase meals at least once a month at gas station convenience stores, with younger consumers doing so most frequently.

“Convenience retailers with compelling foodservice programs are a growing threat to quick-service restaurants,” Frank Beard, convenience store trends analyst at GasBuddy, said in a news release. “Data show that people choose convenience stores over fast food locations because of the convenience of an all-in-one stop for fuel and food, followed by a preference for the taste of the food at c-stores.”

Not only is convenience a factor in this new-ish competitive set, but so, too, is the upgraded food offerings at these types of locations. Just last week, for example, 7-Eleven launched nearly 100 new food and beverage items in 125 Los Angeles-area stores, from Shroom Crisps and Bobo’s Oat Bars to salmon jerky and Brew Dr. Kombucha.

In the company’s release, Chris Harkness, vice president of new business development, said the goal with this test is to give customers drinks and snacks they might not expect to find at the convenience chain.

This could be a big deal for a couple of reasons. One, if the test is successful, 7-Eleven has an enormous footprint—11,800 stores in North America—that could draw snack-seeking, health-conscious consumers away from traditional quick-service establishments. For context, Taco Bell, the fourth largest U.S. chain by sales, has about half as many units.

Two, there just happen to be more snack-seeking, health-conscious consumers than ever. Datassential estimates that consumers eat about four to five snacks a day now–a big opportunity for any establishment offering food and drink.

7-Eleven is hardly the only convenience store chasing these on-the-go consumers. As the GasBuddy study shows, Wawa, QuickTrip, Casey’s and others are also stepping up their foodservice games, and therefore continuing to erode categorical lines. Casey’s, for example, now has a pizza parlor and bakery, while QuickTrip has added made-to-order sub sandwiches in two markets. Wawa even began offering catering earlier this month, showing off its robust menu of hoagies, sides and breakfast in what can only be perceived as a direct competitive threat to the restaurant space.

This would seem to present a perfect storm of opportunity for convenience chains to upgrade their offerings. Perhaps the bigger question is how will QSRs respond to the added threat? 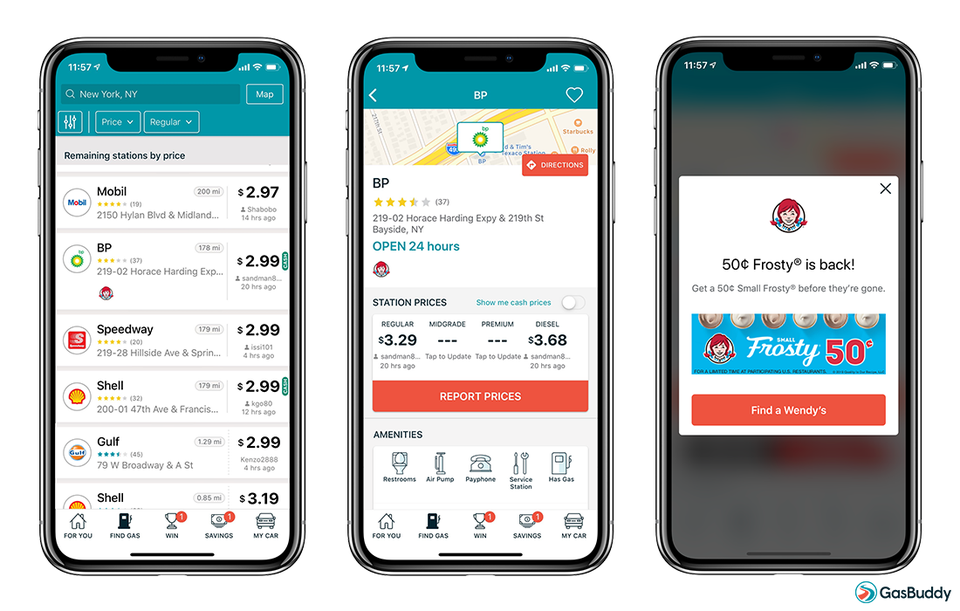 By partnering with GasBuddy, Wendy’s locations in or near gas stations will be displayed on the popular app.

Wendy’s is taking a bit of an “if you can’t beat ‘em, join ‘em” approach, today announcing a partnership with GasBuddy to launch a new feature called “Badges.” Wendy’s is the first brand to collaborate with the app.

According to a press release, Badges enable brands to get their message in front of drivers deciding where to make a pit stop. The feature uses GPS-based, first-party data to connect the app’s users to Wendy’s locations that are either attached to or within immediate proximity of the 150,000 gas stations on the app and, perhaps more importantly, in front of the 70 million users of the app.

“Consumers have more choice than ever as to where to get a meal. GasBuddy provides us a unique way to reach millions of drivers during the planning portion of their trips to keep Wendy’s top-of-mind in a seamless and relevant way,” Jimmy Bennett, senior director of Media and Social at Wendy’s, said in the release.

The demand for convenience isn’t going away. This means as consumers navigate their busy, on-the-go lifestyles and increasingly make impulsive decisions as a result, convenience stores offering everything from fuel to ice to upgraded menus may have a bit of an advantage. However, this new partnership proves that Wendy’s isn’t willing to relinquish its advantage on the food part.