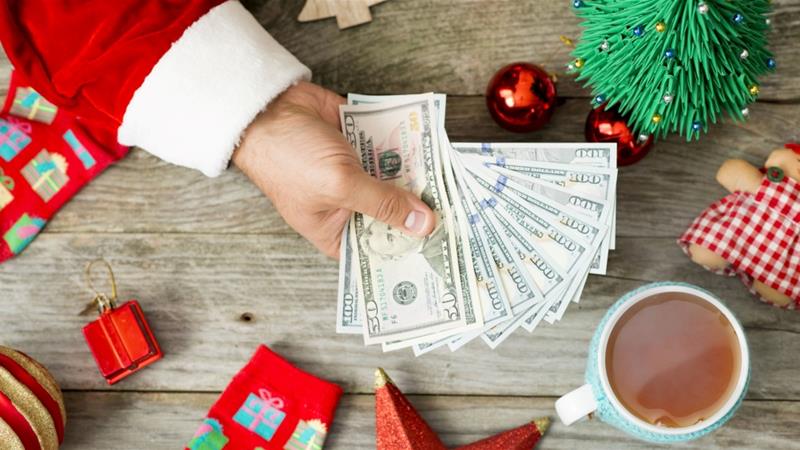 In the United States, consumers are expected to drop an average of $1,048 each on gifts, decorations, candy and other items this holiday season. With the last-minute shopping rush commencing, some 147.8 million Americans are expected to hit the stores this Saturday, according to the National Retail Federation.

Almost half of the shoppers say they will pay for their holiday purchases with credit cards – kicking the bill, and any interest charge they rack up – into next year.

For some, the financial hangover of holiday generosity can be brutal. But that does not mean they like to talk about it.

While US shoppers may be relatively comfortable shelling out money for the holidays, they are far more restrained when it comes to discussing their finances. To put that discomfort into perspective, a survey released this year by TD Ameritrade found Americans would rather talk about politics, health issues and religion than money.

But a growing industry of professional therapists is trying to get people to open up about their relationship with money to help them better understand the emotions that drive their purchasing decisions and avoid the kinds of behaviours that can destroy financial lives. 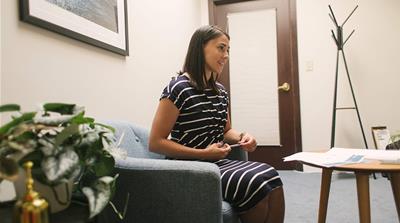 Lindsay Bryan-Podvin, 33, is one of those financial therapists. After starting her career as a social worker specialising in depression and anxiety, Bryan-Podvin realised a lot of the people who were coming to her for mental health help were very worried about money.

“We interact with money every single day,” Bryan-Podvin, who practises in Ann Arbor, Michigan, told Al Jazeera. “Just like if you were seeking treatment for food addiction or an eating disorder, it’s really, really complicated because you have to eat food or interact with food every day. The same goes for money.”

And Americans’ relationship with money can be extremely clouded by culturally-driven value judgements that are divorced from the realities of rising income inequality and eroding job security.

A recent study by the Federal Reserve found that nearly 40 percent of US households would struggle to pay for an unexpected $400 expense.

Total household debt hit $13.95 trillion in the third quarter of 2019, the 21st consecutive quarterly increase, according to the Federal Reserve Bank of New York.

Debt is not necessarily a bad thing if it is leveraged to create more wealth for the borrower. But that is not always the case. Some Americans simply do not make enough money to get by each month and turn to credit cards or other forms of debt to cover basic expenses or emergencies.

“We think of debtors as being slapdash and reckless when often they’re just trying to make ends meet,” said Brett Williams, a professor emerita of anthropology at American University and author of Debt for Sale: A Social History of the Credit Trap.

We think of debtors as being slapdash and reckless when often they’re just trying to make ends meet.

BRETT WILLIAMS, AUTHOR OF DEBT FOR SALE: A SOCIAL HISTORY OF THE CREDIT TRAP

A ‘ubiquitous’ source of strain

All of that borrowing and financial decision-making takes a psychological toll. Work and money are consistently the most commonly mentioned personal stressors listed in the American Psychological Association’s annual Stress in America survey, with 60 percent of respondents saying they are stressed about money in 2019.

Bryan-Podvin knows what it is like to worry. She graduated from college during the 2008 financial crisis and found herself struggling to find work by early 2009. “I went back to bartending and serving instead of having the American dream, which was to get a college degree and a job in your field. So, it certainly shaped a lot of things for me,” she told Al Jazeera. “It also came along with a lot of guilt, realising how much I’d been isolated from it because of the upper-middle-class background that I come from.”

That experience pushed Bryan-Podvin to want to do more for her clients.

“As a social worker, I was really trained to provide resources and advocacy, but I didn’t have the training to sit with clients and really dive into what was going on with their money. I felt like I was missing an opportunity,” she said.

So she hit the books, went back to school and earned a master’s degree in financial social work from the University of Michigan. She is now in the process of earning her 500 hours of work experience to become certified by the Financial Therapy Association (FTA).

Bryan-Podvin now has 20 regular financial therapy clients, many of whom are high-income couples from households earning $125,000 a year or more. She is registered as one of more than 40 practising therapists with the FTA.

Ed Coambs, an FTA board member and financial therapist, told Al Jazeera the organisation has experienced “astounding” growth in 2019.

“The number of people that are interested in practising and joining the Financial Therapy Association has more than doubled in the last year,” said Coambs, adding that his own Charlotte, North Carolina-based practice has seen a boom in people seeking financial counselling.

“Five years ago, when I started saying I’m doing financial therapy, it was very hard to get anybody to even want to come in and see me,” Coambs said. “In the last year or two, I’m getting more and more requests for financial therapy specifically.”

That spike in interest from professionals wanting to become financial therapists and clients seeking their help speaks to a bigger cultural question, said Coambs.

“What’s driving this engine where money is both so ubiquitous in our culture and society, and yet such a source of conflict and strain,” he said.

Five years ago, when I started saying I’m doing financial therapy, it was very hard to get anybody to even want to come in and see me.

Coambs and Bryan-Podvin say there are myriad financial issues that drive clients to their doorstep. Some are seeking relief from the psychological pressure of being a business owner. Others are trying to resolve discord in their personal lives stemming from money, such as gambling addiction, excessive borrowing, arguing about money with a spouse, or family conflicts surrounding inheritance and estate planning.

Attitudes about money also lead to discussions about deeper cultural stereotypes, say Coambs and Bryan-Podvin, such as the pernicious myths that women are less responsible with money than men, or that investing money wisely is a masculine trait.

Bryan-Podvin said some of her clients are women in heterosexual relationships who consider themselves feminists but “who still find themselves handing the credit card to their husband so it looks like he’s paying for dinner, or who find themselves picking up additional household chores and tasks. They feel like maybe their money doesn’t count.”

Some of the money issues people experience as adults also have their roots in past trauma, Coambs said. He is interested in exploring how those experiences can affect the ability to manage money.

Whatever the issues may be, financial therapy seeks to challenge the narrative that the only problem people have with money is having too little of it.

“In the business and entrepreneurial world, the mantra is just: Help people make more money,” Coambs said. “The assumption is that that will solve the money issues. But what we know from a counselling and psychology perspective is that’s not likely. It’s not going to make the problem better just to make more money.”

Ironically, though more people are seeking professional counselling to help get their finances under control, that assistance does not come cheap.

Financial therapy is still largely a self-pay service that is not covered by health insurance plans (an exception being the treatment for gambling addiction). That means that some people who may need a financial therapist’s help, the most cannot afford it.

Bryan-Podvin charges $160 an hour for her sessions, while Coambs charges $150. Both see clients in person and online.

“Sometimes, clinicians are able to say it is a specific anxiety disorder, but for the most part, it is pay for service, which is really unfortunate,” Bryan-Podvin said. “It’s a pretty vicious cycle that the type of services that are needed, unfortunately, are ones that people cannot afford or they’re not accessible.”