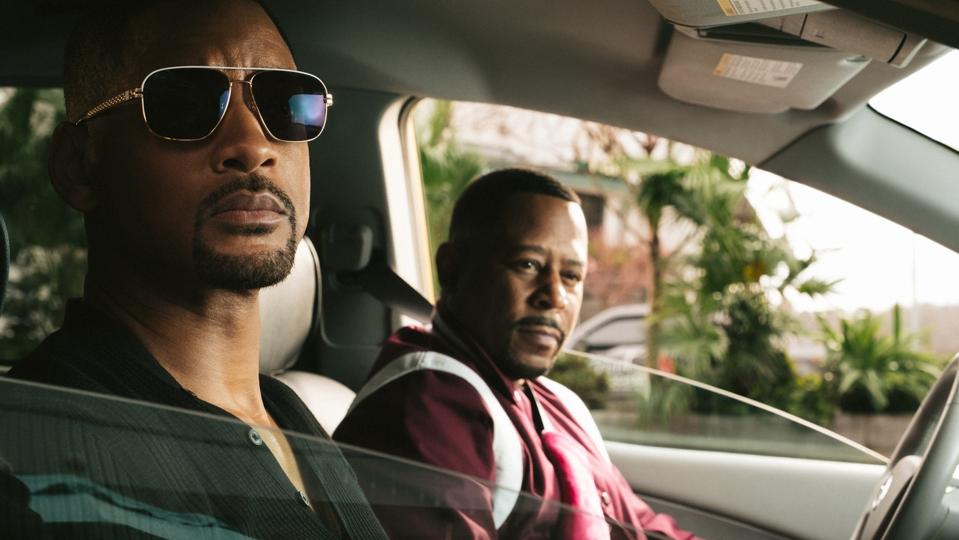 Sony is officially projecting a $38 million Fri-Mon MLK weekend opening for Bad Boys For Life. The Adil El Arbi and Bilall Fallah-directed sequel will open on January 17, concurrently with the wide release debut of Universal’s Dolittle. The tracking information suggests an opening above $40 million and potentially around $45 million, but some of that will depend on initial reviews. We’re talking about a $90 million-budgeted action sequel, so Sony doesn’t need to break records to break even. The film reunites Will Smith and Martin Lawrence in the roles that helped make them, relatively speaking, movie stars. The first Bad Boys also introduced moviegoing world to Michael Bay, who also directed Bad Boys II in 2003.

The first Bad Boys, itself something of a trendsetter in terms of being a $19 million-budgeted action spectacular where both of the leads were non-white, opened in April of 1995 with $15.5 million and legged it to $65.8 million domestic and $141.4 million worldwide. It was so early in Smith’s acting career that Lawrence, at the time starring in Fox’s Martin, got first billing over the eventual “biggest movie star on Earth.” All parties would return to the franchise in July of 2003, as part of a one-two punch of popular Will Smith franchises (Men In Black II would open the previous July) that would help him recover from Ali, The Legend of Bagger Vance and Wild, Wild West.

The $130 million, 2.5-hour exercise in action movie excess opened with $46.5 million and earned $138.6 million domestic and $273.3 million worldwide. Smith followed Bad Boys II with I, Robot, a summer-of-2004 smash that began a four-year run of Smith as the biggest movie star in the world, successfully opening sci-fi actioners, romantic comedies, social issue dramas, superhero dramedies and animated flicks to blockbuster numbers mostly on his name alone. And when Seven Pounds didn’t quite work out in late 2008, he went back to the Men in Black franchise whereby MIB3 earned $623 million in the summer of 2012. But the industry had changed, and Smith succeeding in a well-liked franchise couldn’t save M. Night Shyamalan’s After Earth.

The last six years have been an exercise in willful ignorance and arguable hypocrisy. Smith has been making old-school star vehicles like Focus (which was quite good), Concussion, Collateral Beauty and Gemini Man, but the films have been (comparatively) been mostly ignored by audiences no longer drawn to the mere idea of a specific movie star. And when Smith financially rebounds with a franchise play, like Suicide Squad in 2016 or Aladdin in 2019, the media acts like that’s all he does and snarks about him sullying his brand and/or needing a new agent. But Suicide Squad’s $745 million global total couldn’t make Collateral Beauty into a hit, and Aladdin’s $1.053 billion gross couldn’t save Gemini Man.

While Will Smith “recovering” from Gemini Man by retreating to the comparative safety of Blue Sky’s animated Spies in Disguise (whose commercial fate is up in the air) and Bad Boys For Life is familiar to followers of the Will Smith playbook, it is both coincidental (Bad Boys III has been in development for ages) and probably futile. I’d love for Warner Bros.’ King Richard, starring Smith as the father of Serena and Venus Williams who helped turn them into tennis superstars, to be a winning star+character hit when it opens on November 25, 2020, the reception of Aladdin and Bad Boys For Life won’t mean a damn thing to the commercial reception of Reinaldo Marcus Green’s Oscar-friendly biopic.

Smith was at least as aware of this “new normal” to turn down Independence Day: Resurgence in early 2014. He knew that getting a hit in the new-to-you DC Films franchise was more valuable than merely scoring a hit in a 20-years-later follow-up to a prior triumph. To be fair, between Netflix hits like Bright, an increased social media presence, Jaden Smith’s successful “Just Water” and other items I’ve probably missed, Smith isn’t just banking on theatrical movies. That’s for the best, since the equation has changed. Marquee characters are the new movie stars, so even success with a known entity like Men In Black or Bad Boys won’t mean a thing for the next “original” Will Smith movie.